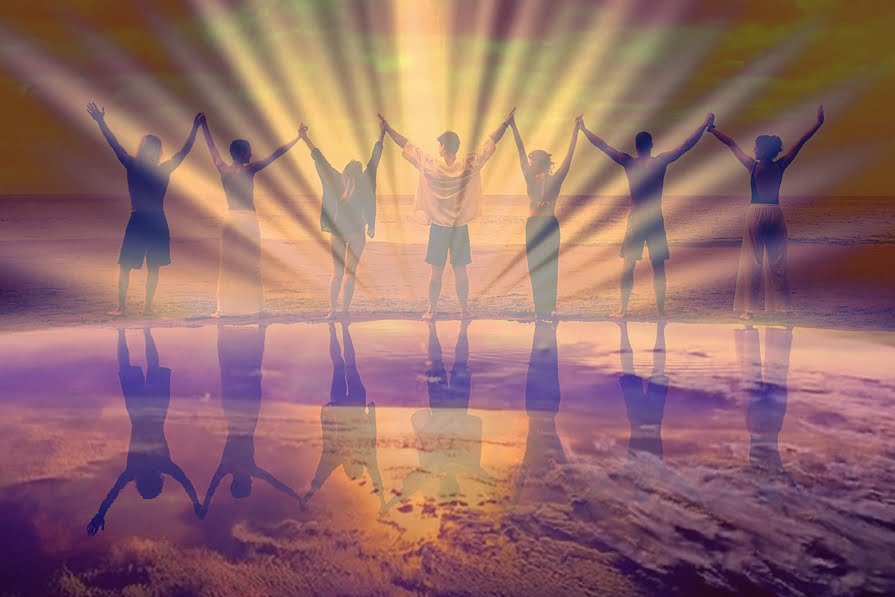 Its incredible that out of the many people that I speak with desiring for freedom of rights, bettering educational institutions, transitioning from fossil fuels to renewable energies, or the MANY ways we can have this grand Utopia for mankind its followed up with a hint of disbelief. As if the possibility of no wars, no poverty, and no suffering is too far fetched for mankind to even dream is a possibility when at the same time promoting not to give up. It makes me wonder if these very same people tell this to their children or a young person seeking to find their way in the world and how much of an awful realization it would be for the person told there is no hope. Fortunately the greater of the population that sustains peace feels otherwise! These accomplishments of how this “perfect world” can be achieved may be few and far between but they are quickly becoming the prime example of how when applied collectively this can be achieved. This is where you will be able to find the seeds to create a brand new future overflowing with bountiful possibilities for prosperity. FOR EXAMPLE…

In just three years, Iceland went from collapse to revolution and back to growth. What can Spain and Greece learn from the Icelandic experience and its embrace of direct democracy? Just two or three years after its economy and government collapsed, Iceland is bouncing back with remarkable strength. This week, the small island nation earned praise from foreign investors despite allowing its banks to collapse and refusing to pay back some of its debt — belying the dominant idea among Europe’s ruling class that bank failures and defaults necessarily engender disastrous economic consequences. Now, in an historically unprecedented move, the government has decided to draft a new constitution with the online input of its citizens — essentially crowd sourcing the creation of Iceland’s real democracy. Rather than just involving voters at the end of the process through a referendum, the Icelanders have an opportunity, through social media, to be directly involved in the writing process. It’s the ultimate affirmation of participatory democracy. It’s Democracy 2.0.

In 2005, decades after Sandy Springs first attempted annexation, the Republican-dominated Georgia state legislature allowed the affluent city, located adjacent to Atlanta, to break off and become a largely autonomous, self-governing entity. Scrambling to ready themselves for the division, Sandy Springs effectively privatized the large majority of the municipal services by entering into a public-private partnership with CH2M HILL, a full-service operations company that now controls nearly all of the once-public sector, from road maintenance to cleaning up trash in the park. “Nobody likes change,” Sandy Springs Mayor and former economist Eva Galambos told Reason, a libertarian magazine. “But, if your city is fiscally bankrupt, there may have to be some change.” The city, sixth-largest in the state with a 2010 population of 93,853, wanted to separate itself from what it saw as wasteful government spending in surrounding communities. The city benefits greatly, though, from the number of Fortune 500 companies headquartered there, boasting an extremely high per capita income, with the median family household income, according to a 2008 census estimate, approximated at $129,810, and the average family income $169,815. Comparatively, the surrounding Fulton County has a median family income of only $58,573. The median national income is $49,777.

Article Source>>>Sandy Springs, Georgia: The City That Privatized Nearly Everything

On July 1, 2001, Portugal decriminalized every imaginable drug, from marijuana, to cocaine, to heroin. Some thought Lisbon would become a drug tourist haven, others predicted usage rates among youths to surge. Eleven years later, it turns out they were both wrong. Over a decade has passed since Portugal changed its philosophy from labeling drug users as criminals to labeling them as people affected by a disease. This time lapse has allowed statistics to develop and in time, has made Portugal an example to follow. First, some clarification. Portugal’s move to decriminalize does not mean people can carry around, use, and sell drugs free from police interference. That would be legalization. Rather, all drugs are “decriminalized,” meaning drug possession, distribution, and use is still illegal. While distribution and trafficking is still a criminal offense, possession and use is moved out of criminal courts and into a special court where each offender’s unique situation is judged by legal experts, psychologists, and social workers. Treatment and further action is decided in these courts, where addicts and drug use is treated as a public health service rather than referring it to the justice system (like the US).

Jacque Fresco, a specialist in industrial design and social engineering, offers fundamentally different approaches called The Venus Project that updates our social system to our technological age and our ability to produce abundance for all people. He has introduced a global vision of sustainable green cities, a resource-based economy and changing of human values. Since 1944, Mr. Fresco has lectured in over 30 countries, authored four books and has been a long-standing subject of publications, television interviews and documentaries. The Venus Project is located in a 21-acre research facility in Venus, Florida and reflects the culmination of his life’s work. For more information on The Venus Project, please visit www.thevenusproject.com.

During the Great Depression there were thousands of local, organic currency systems created because the national money was in short supply. That has occurred again today as there are record foreclosures, and bankruptcies in the US, and internationally. While Wall St may be getting bailed out, Main St. is struggling with a shortage of currency. If currency does not flow, then the local economy is sluggish, and stops. Money magazine coverage of local currency. Today there are dozens of organic money systems in the US which are entirely legal. For example Durango, CO has Durango Dollars which is issued by the local chamber of commerce. Different towns have different systems as to how the value of the money is calculated. Taxes are to be paid on all transactions which would occur with national money. An Hour is equal to $10. mtnHours has four denominations:

mtnHours is denominated in time as this is a universally known measure. “Time is Money” and it is backed up by our labor. Unskilled labor typically will make about 1mtnHour for an hour worked. Semi-skilled, and highly skilled will earn as much as two parties agree on just as they do now. Obviously, a doctor or any brick and mortar business will have much more training, and overhead to cover. Before money existed societies bartered their time, services, and products. The People could get what they needed by trading. Money was invented to make these transactions much easier. View mtnHours as barter receipts. Imagine we have 20 local businesses which all agree to accept Hours as money. Each business would be given $40 equivalent in Hours. $800 in Hours was equally distributed among each business in the co-operative without cost. Now, the currency begins to flow and as each local business accepts Hours. People get what they need without the national currency(Federal Reserve Notes). After all, the Fed is just a private company just like Federal Express. We have just as much a right to create money as the Federal Reserve. Of course we will need FRN’s for products which originate outside the county, and to pay bank debts, and most utilities. However, over time mtnHours will become more widely accepted. mtnHours is a complimentary currency which helps the overall system function with more fluidity.

Tor (previously an acronym for The Onion Router) is free software for enabling online anonymity and resisting censorship. Tor directs Internet traffic through a free, worldwide, volunteer network consisting of more than five thousand relays to conceal a user’s location or usage from anyone conducting network surveillance or traffic analysis. Using Tor makes it more difficult for internet activity to be traced back to the user: this includes “visits to Web sites, online posts, instant messages, and other communication forms”. Tor’s use is intended to protect the personal privacy of users, as well as their freedom and ability to conduct confidential communication by keeping their internet activities from being monitored.

How to get the Tor Browser:

1 – You need to open your web browser

2 – Then you will have to go to the torproject web site torproject.org

5 – After that you will run the tor browser